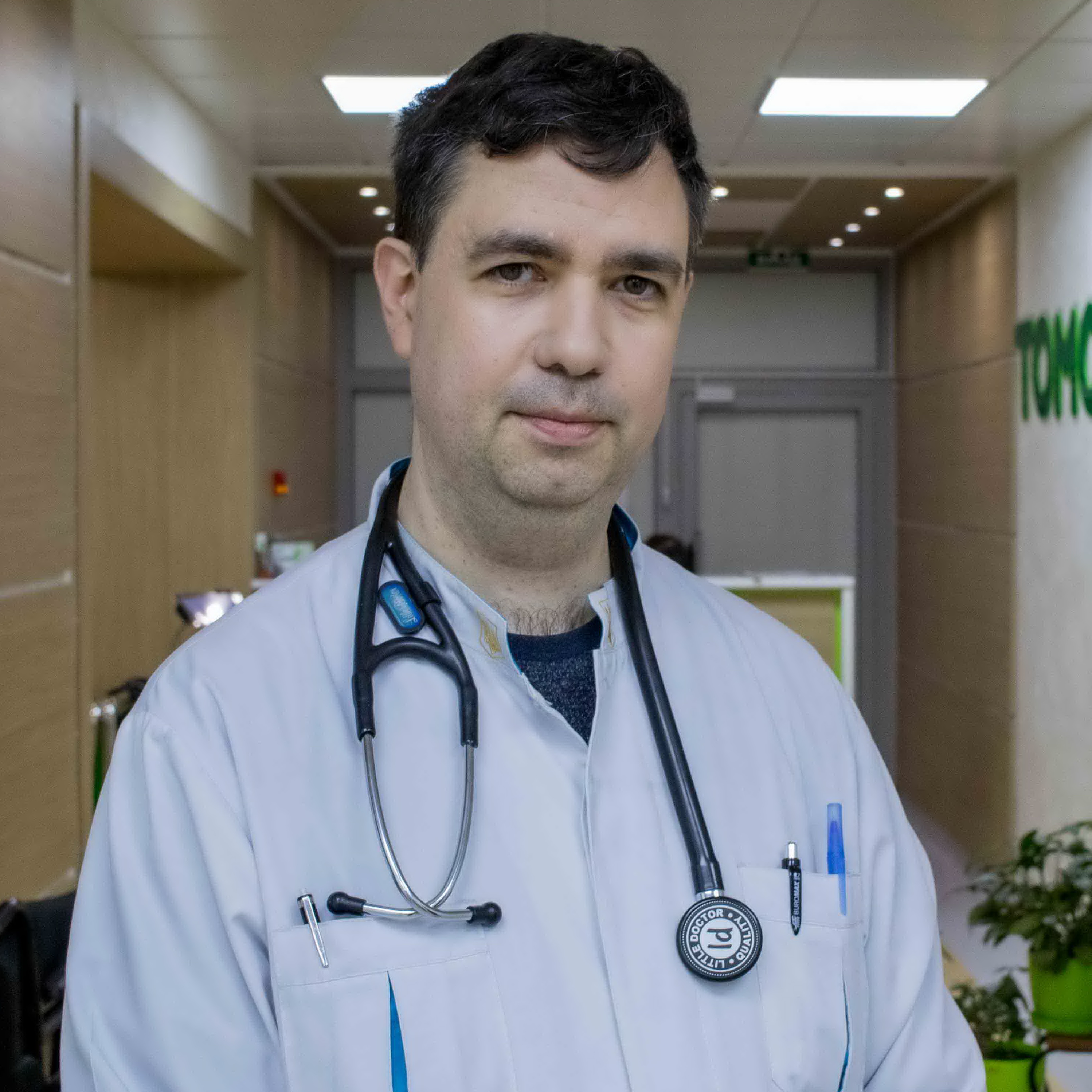 He graduated from the Lugansk State Medical University in the specialty “Medical business” in 2001.
Specialization in oncology and pre-certification cycle – passed on the basis of Zaporozhye Medical Academy of Postgraduate Education (in 2008 and 2012).

Repeatedly participated in international meetings devoted to the conduct of clinical research in oncology. Actively engaged in educational work in the regional media on the diagnosis and treatment of diseases, including cancer.

Prior to joining the UTC team: