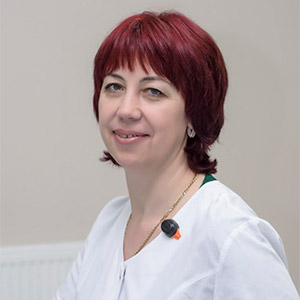 Degree in medicine at the Crimean Medical University. Specialization in radiology and radiotherapy received at the Kiev Medical Academy of Postgraduate Education named after P.L. Shupyk (2001, 2003, 2007, 2011.). From 2010 to the present time is the main visiting radiologist of the Kirovograd oblast.

Prior to joining the UCT team she worked as the Head of radiology department of the Kirovograd oblast oncologic early treatment clinic.