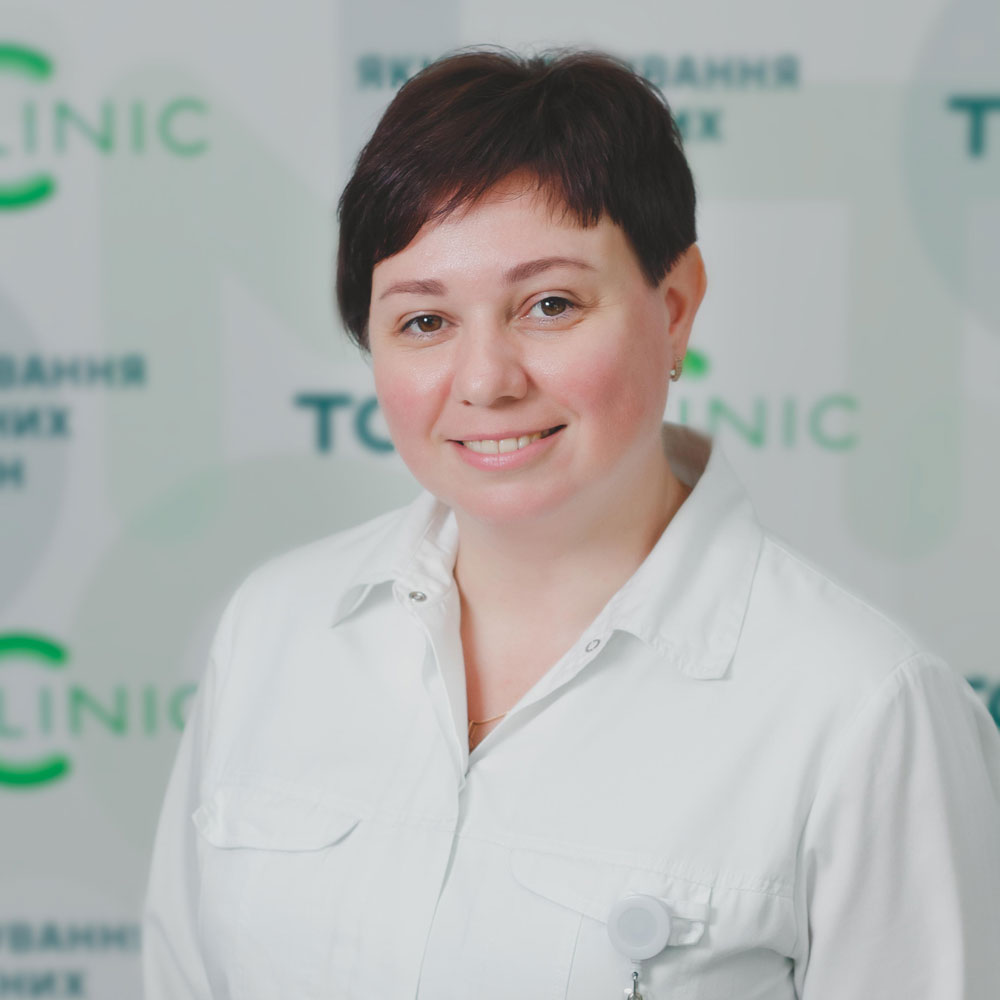 Degree in medicine at the Lugansk Medical University. Specialization in radiology received on at the Kiev Medical Academy of Postgraduate Education named after P.L. Shupyk;

Participant of the training course in the Department of radiotherapy of the Cancer Center and Institute of Oncology named after M. Sklodowska-Curie, Gliwice, Poland 2014;

Internship in the department of Radiotherapy Center of Pediatric Hematology, Oncology and Immunology named after Dmitry Rogachev, Moscow, 2015;

A participant of the ESTRO Congress on radiotherapy 2016 in Turin, Italy, 2016;

Prior to joining the UCT team she worked as a physician and radiologist in the Lugansk Regional Clinical Oncology Early Treatment Center.