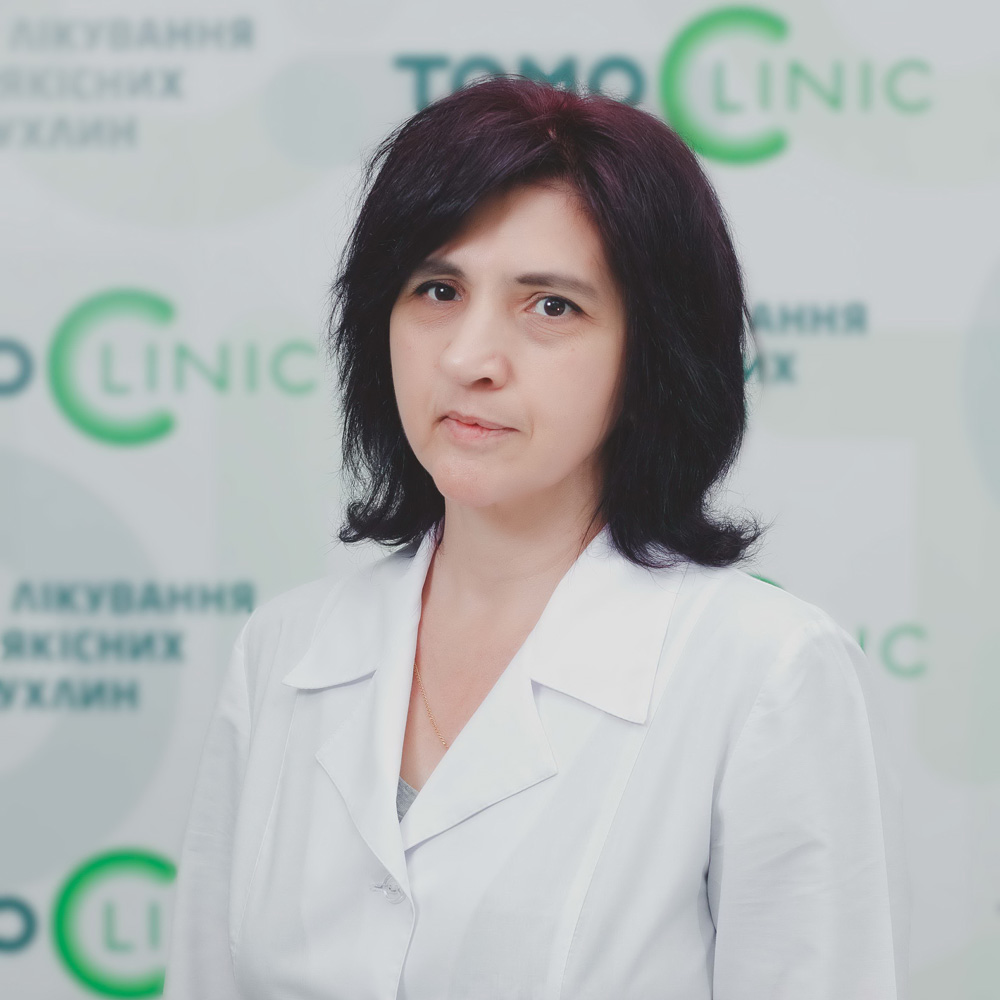 Member of the Society of Radiation Oncologists of Ukraine. Participant of scientific and practical conferences, congresses of the Ukrainian society of radiation oncologists, European school of radio-oncology and nuclear medicine.

Higher medical education was awarded at the Odessa Medical Institute. NI Pirogova. Internship for therapy on the basis of the Kiev State Institute for Advanced Training of Physicians (1992-1994). Primary specialization in oncology in the Zaporizhzhya Institute of Advanced Medical Education in 2000. Primary specialization in radiology (radiation therapy) at the Kiev Medical Academy of Postgraduate Education named after PLShupyk in 2004.

Prior to joining the UCT team, she worked as a radiologist at the radiological department of the Kirovohrad Oblast Oncology Dispensary (2000 – October 2014), as a radiation therapist in the Department of Radiation Therapy of the Odessa Regional Clinical Hospital (October 2014-October 2016).